The Seasons of Energy 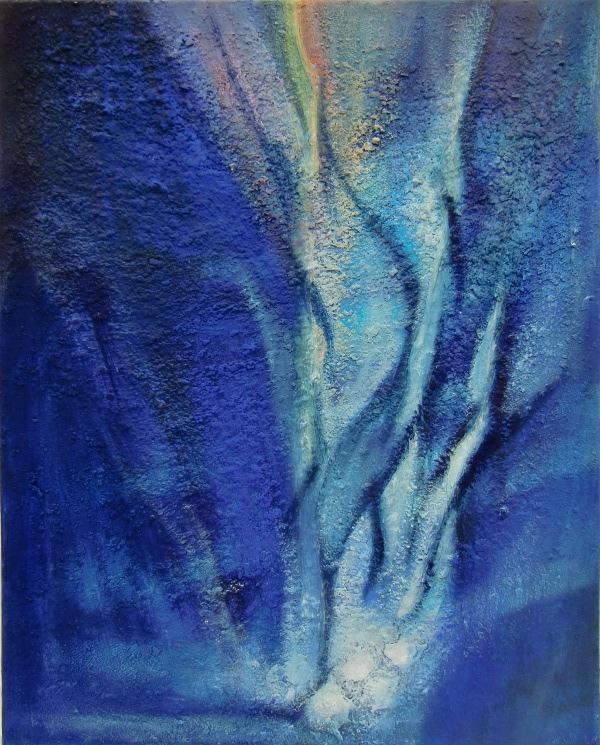 This new series on the seasons of energy has gone through many stages. Initially, I was inspired by the archetypal plant in its growth throughout the seasons.
But after a few weeks of work, I found that something was missing. I felt blocked. So I asked the question:  What is that element which unites the seasons and therefore the plant kingdom ?  Part of my answer came by way of Chinese medicine and its definition of the seasons as energies .
Chinese medicine has interested me for some time now. This work allowed me to reconnect with Chinese philosophy which had nourished me so much during my work on the Y-King.
In Chinese medicine, a phase does not mark the end of a cycle, but the beginning of a new one, like the seed that falls from the plant, burrowing into the earth and giving birth to a new plant. For me the circle was "closed" and I could find a new start for this series.
The Chinese fifth season is not depicted as a fifth season in my quadryptique work. As a transitional season I represented it by the color yellow, weaving throughout all the others. In my own experience yellow truely has the quality to unite all the other color energies.