The Threshold of Chaos 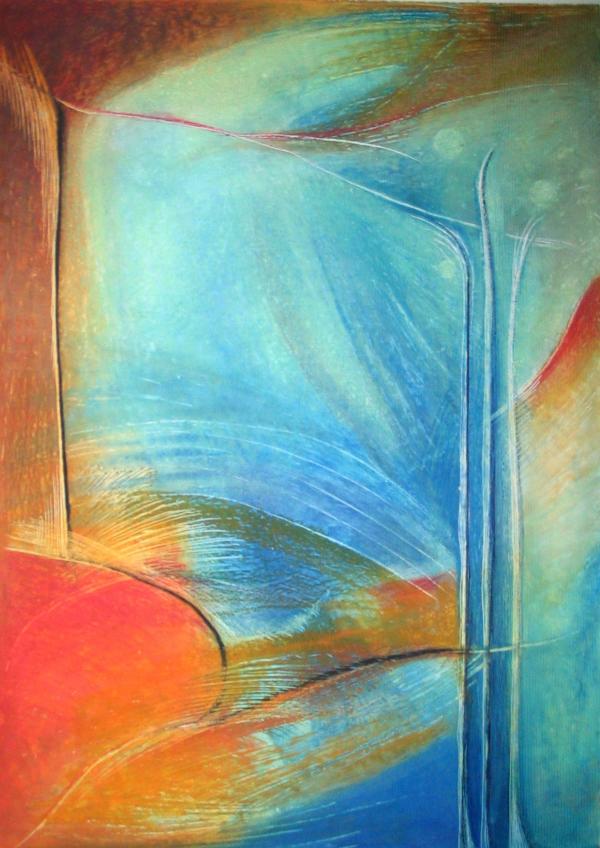 "On the threshold of chaos" is a term coined by contemporary scientists who do research in the field of "complexity science." I quote Roger Lewis, author and publisher: "The science of complexity offers us a way to move beyond reductionism, because it is a science that includes the world not as a machine where all parties can be catalogued. The world is a whole, organic system and can not be seized by the traditional way of analytical science."

"On the threshold of chaos" refers to that moment of harmonious balance when the invisible forces give rise to many and varied forms of nature.
The more I read about these new paradigms of science, the more I realized that there were scientists today who work as artists. They are not afraid to use their imagination and intuition. I quote the biologist Bruce Lipton: "We live in exciting times because science is destroying the old myths and beliefs. We are not biochemical machines controlled by genes. The human being is a powerful creator of his own life and the world in which he lives." Brian Goodwin, a biologist says : "Our science is a science of qualities rather than quantities, and is therefore a Goethean science. Our approach sees nature as an intelligence."
For me, Goethe as an artist and scientist was perhaps one of the pioneers of the science of complexity. With his artistic sensibility he has contributed to science with his theories of colour and plant metamorphosis. By applying a method of phenomenological observation of nature, he abstained from abstract theories and did not exclude intuition to perceive beyond the material.
Many artists work like this.
I took a year to read thirty books on the science of complexity. I meditated upon these concepts, I created a vacuum and once within the realm of creative chaos I gave birth to these images.

The words of Albert Einstein says it all:
"The most beautiful and profound experience is the mystical, it is the power of all true science"
It is also the power of art.

Martina Westover on the networks